Foreign Languages for Kids by Kids (FLK) has two introductory Spanish DVDs with optional ancillary components that teach Spanish to children from as young as preschool level up into the teen years. This is an immersion approach, but the videos are carefully designed to make the content comprehensible for those who have no prior exposure to Spanish. Videos feature only child actors who appear in a series of interconnected skits, thus the “for kids by kids” in the company’s name. The children are of various ages up into the teens. FLK videos were filmed with multiple cameras in colorful settings, and they were professionally edited and produced to include lively background musical… All of the FLK materials are of high quality and beautifully presented. Most children will want to use them! The immersion approach on the DVDs coupled with the workbooks should be very effective, and the game is really the icing on the cake.

The story plot and line keeps you engaged and you will be excited to see what comes next .. all while forgetting you are truly learning a new language as you watch. Because the scenes are easily understood, the foreign language loses its chilling effect and becomes a welcome guest in your home. Excellent resource for families, for homeschoolers, preschools, daycares or classroom…

Produced exclusively in Spanish, parents felt that this technique was a great way to immerse kids in the language… The episodes were quite funny and well acted. The three brothers in the story are humorous and entertaining, eliciting laughter and smiles from viewers…

Spanish for kids is easier with Dice Off®, a unique dice board game providing an entertaining and easy way for families, friends, and classmates to learn Spanish. Among the best Spanish learning game for kids.

The Dice Off® game for students ages seven and up adds another layer of reinforcement that most students will really enjoy. Even adults who are learning Spanish might play this game…

Dice Off really does teach Spanish. It does not stop at nouns and pointing and naming things, but also teaches verbs and their conjugations. Basing the game around Spanish-speaking countries and keeping the tone of the cards fun and light make this a game kids will actually want to play. It is a playful way to teach Spanish vocabulary and grammar, and that is a very rare find…

Many parents want to introduce a second language to their children but they don’t know where to start or what is age-appropriate. Dice Off uses a game setting, one that is easy to learn and really fun to play… 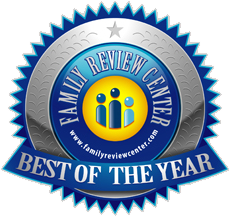 “It doesn’t get much better or easier than this.”

©2019 Foreign Languages for Kids by Kids®. All Rights Reserved.

Have our great monthly newsletter delivered right to your inbox!

Includes fun and games for the kids too!

You have Successfully Subscribed!